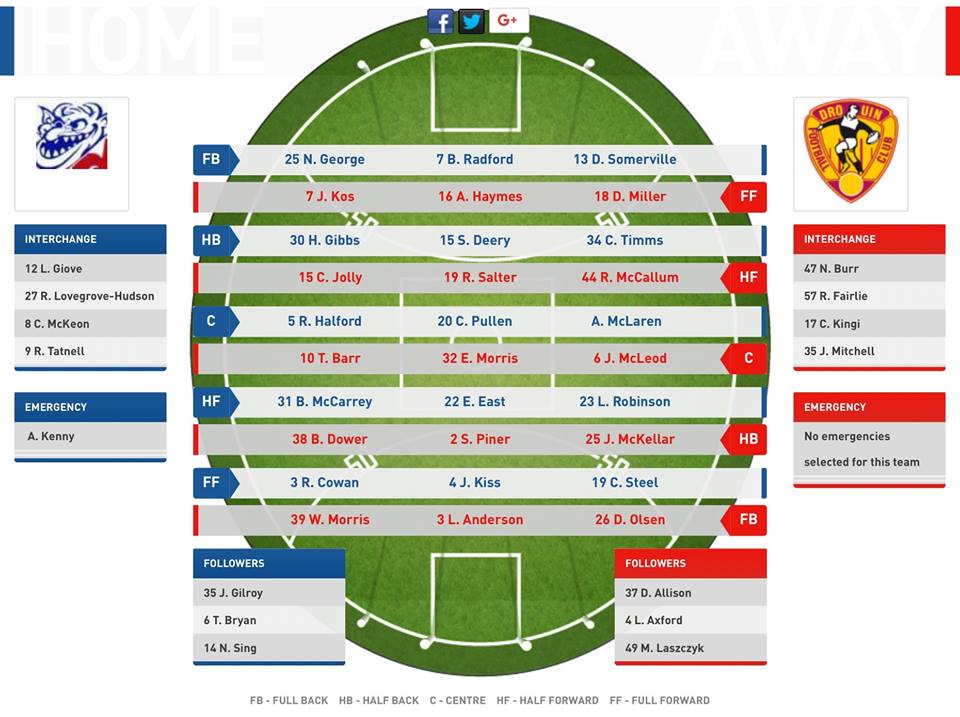 Drouin will face an upbeat Bairnsdale outfit this weekend in round two action when they face off at Bairnsdale Recreation Reserve on Saturday from 2.20pm.

The Redlegs’ come-from-behind win over Morwell will instill some belief in the playing group after they trailed at every break only to run over the Tigers with a six-goal final term.

Drouin was at the mercy of an unrelenting Maffra side in round two and didn’t score their first major until the third term in a 61-point thumping.

The Hawks weren’t without their chances in front of goal and had six scoring shots in the final term for as many behinds.

Drouin came agonisingly close to recording their first win of the season when they met Bairnsdale in round 18 last year.

The Hawks led at every break but got the jitters in the last term and relinquished a 21-point lead to go down by 10. 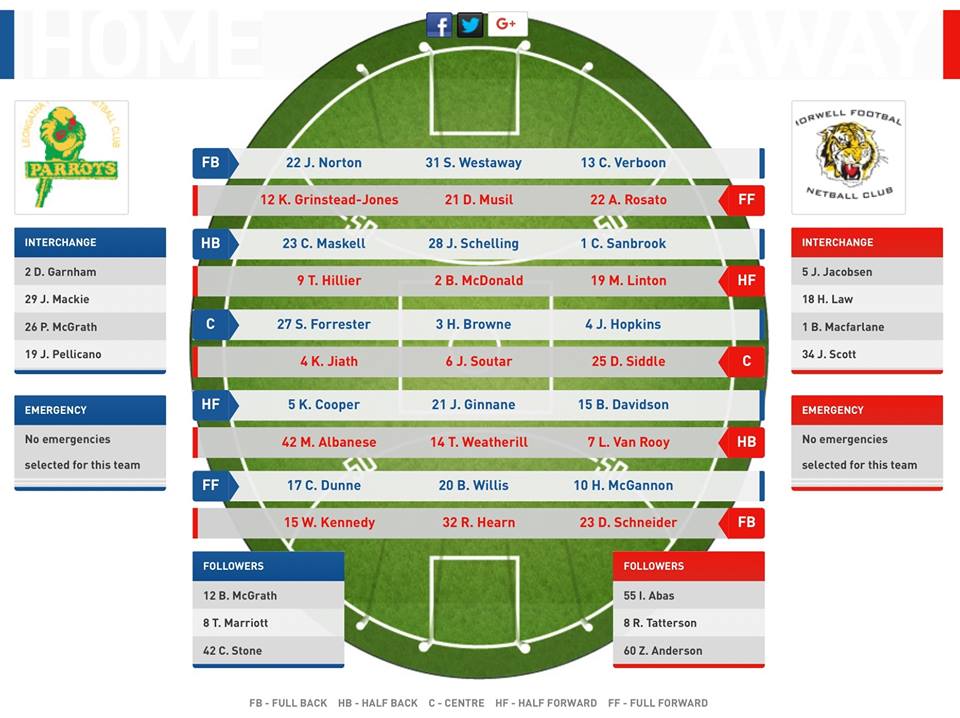 Leongatha and Morwell were both on the receiving end of losses in round two and will fight to return to the winners’ list when they meet at Leongatha Recreation Reserve on Saturday from 2.20pm.

The defending premiers were brought back down to earth and outclassed by an impressive Traralgon side on Saturday night and found the going tough in wet conditions with just two goals to half time.

Morwell will be hellbent on atoning for their disappointing stutter against Bairnsdale in round two after they led at every break and capitulated in the final term to fall by 16 points.

When the sides met in round 14 last season Leongatha made light work of the Tigers and stormed home to win by 31 points. Maffra will be rubbing their hands at the prospect of hosting Wonthaggi this weekend after enjoying a hot run of form to kick off season 2018.

The Eagles’ 61-point win over Drouin in round two was preceded by an impressive victory over Sale on the road.

Forward Mitchell Bennett has proved lively for Maffra in the early stages of the season.

Bennett has booted 13 goals after just two rounds and will be a cause of concern for the Drouin defence this week.

Wonthaggi is yet to get off the mark in season 2018 and will be faced with a tough ask this weekend but will be buoyed by their last performance against the Eagles.

In round 14 last year, Wonthaggi went toe-to-toe with Maffra all day but fell by two points at the final siren. 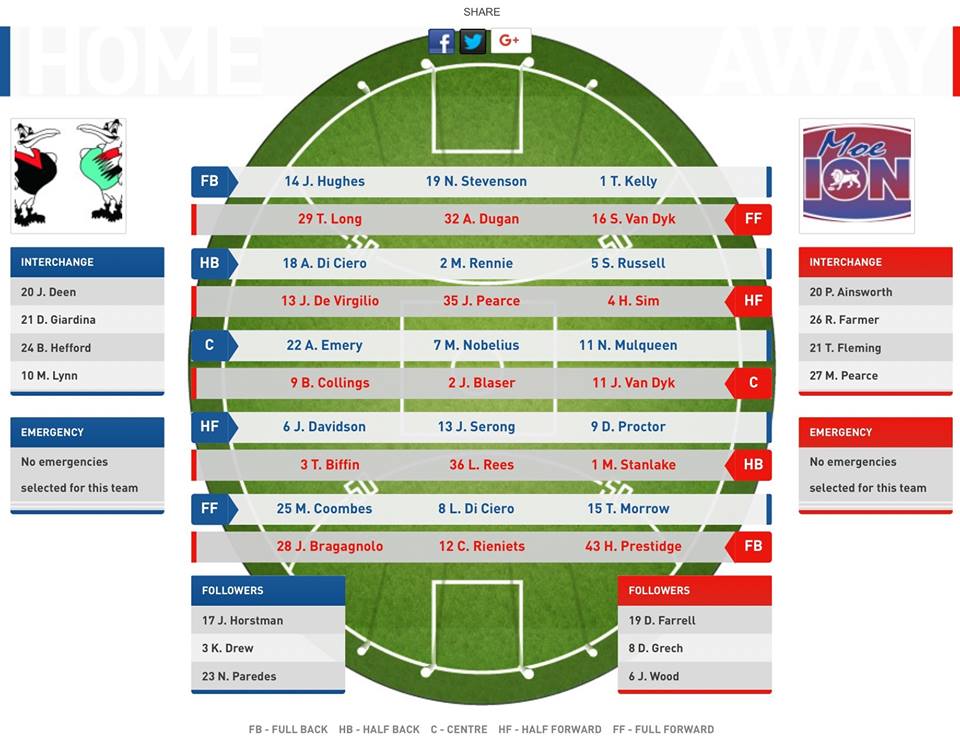 Warragul and Moe will meet for the 200th time in organised competition this weekend in round three on Saturday at Western Park from 2.20pm.

The Gulls fended off Wonthaggi on the road at the weekend to make it two-from-two to start season 2018 while Moe is one-and-one after falling to Sale in round two.

It was round 10 of season 2017 when the sides last played and Moe took full use of the home ground advantage to win by 37 points.

With the shoe on the foot this time around, Warragul will be keen to even the ledger on home soil to mark the 200th game between the sides.

What time is the seniors game scheduled to start?: 6:30pm (NIGHT GAME) 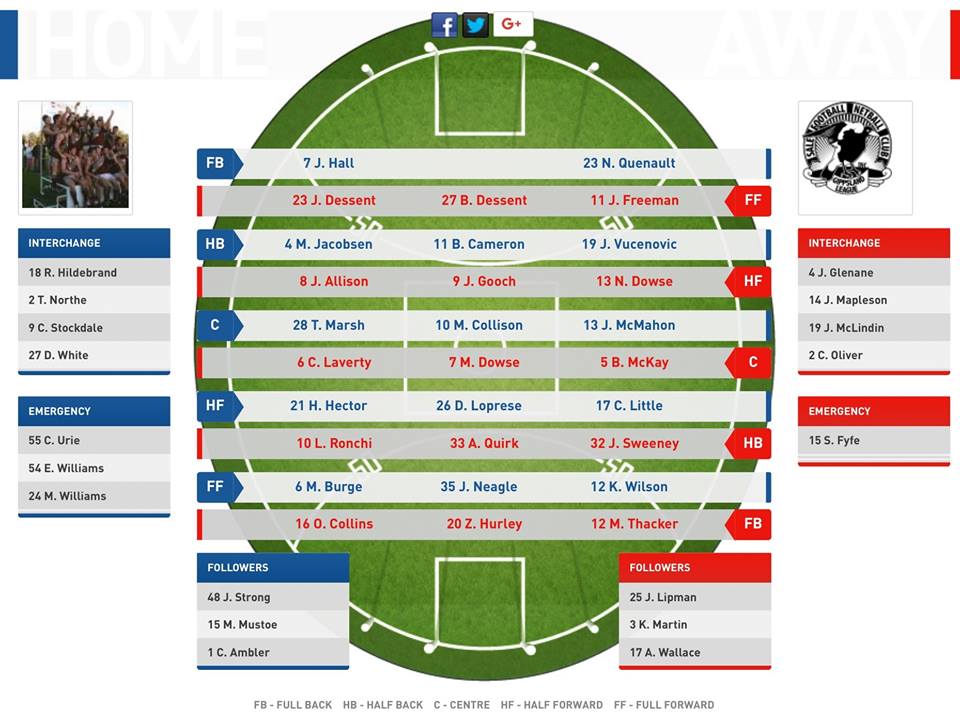 After a successful first run under lights at Traralgon Recreation Reserve, the Maroons will get to do it all again this weekend when they host Sale in round three on Saturday from 6.30pm.

Traralgon accounted for defending premiers Leongatha with relative ease in round two, and with a host of big name players out, the impressive performance bodes well for the season ahead.

Playing coach Mark Collison, Jackson Hall and Connor Ambler missed against the Parrots but were ably covered by a crop of promising young talent.

Sale are no easy-beats and proved their mettle in round two as they dismissed Moe with a 38-point win at home.

A 17-goal barrage helped Traralgon to a 53-point thumping of the Magpies in round 12 last season but president Andrew Livingstone said Sale presented a different challenge this time around.

“Sale look like they’ve finished the season really strongly at the end of last year and I think with the list they’ve assembled, they look like a very good side,” Livingstone said.

He also cited the availability of several key players ahead of round two as an embarrassment of riches of sorts.

“We’ve got Mark Collison available this week, Jackson Hall is back and Connor Ambler … it’s going to be very difficult so unfortunately somebody will have to make way,” he said.