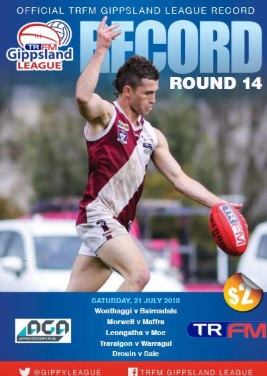 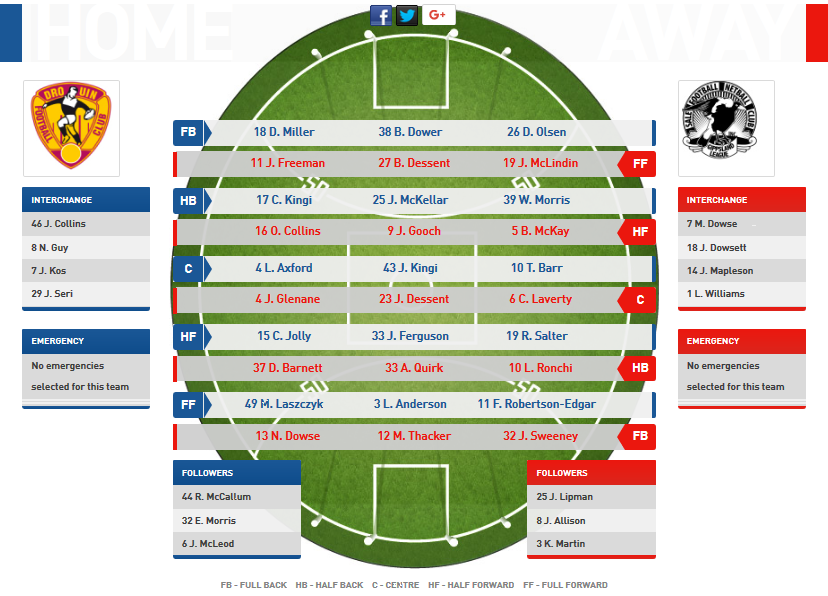 Starting games well has been front and centre for Sale all season and if their round 13 treatment of Morwell is anything to go by then Drouin should be shaking in their boots this weekend.

The Magpies had the game won by quarter-time on Saturday and it was no stroke of luck.

“We sort of put a big emphasis on our start and in the warm up, especially after the break, sometimes teams can come out lacklustre but we said ‘let’s not have that happen to us’,” coach Shane Fyfe said.

This weekend’s clash with Drouin may be a write-off on paper but Fyfe was reticent to discount the Hawks.

“I was having a look at [Drouin’s] results and they’ve been in the game a lot but just haven’t got the wins on the board,” he said.

Fyfe also flagged a chance to perfect playing away from home this weekend as key ahead of finals.

“Again, it’s always harder down there in Drouin,” he said.

“Something we want to do is play well away from home because that’s where the finals are going to be so we need to win on the road.

The Magpies were relentless in the earlier round five clash with Drouin and dished out a 94-point drubbing.

“They have probably developed over the year so we’ll need to be on our game,” Fyfe said. 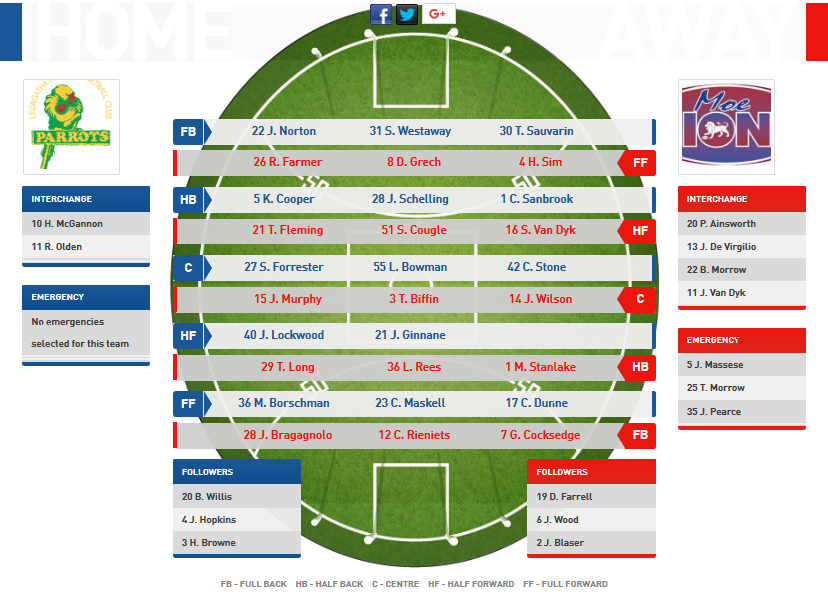 This weekend’s blockbuster between defending premiers Leongatha and Moe is shaping as the match of the round as both sides look to consolidate their spots in the top-five in the run towards finals.

Leongatha, poised in second spot behind ladder leaders Maffra on percentage, have hit the form in recent weeks that led them to the 2017 flag.

They are five from five since their round nine win over Sale and secured the scalps of Traralgon and Maffra before the split round.

The Parrots were too strong when the sides last faced off in round five and disposed of Moe by 31 points.

However, the Lions have enjoyed some impressive form of their own of late.

They caused the upset of round 11 with a two-point win over highly fancied Sale and came within 25 points of ladder leaders Maffra in round nine. 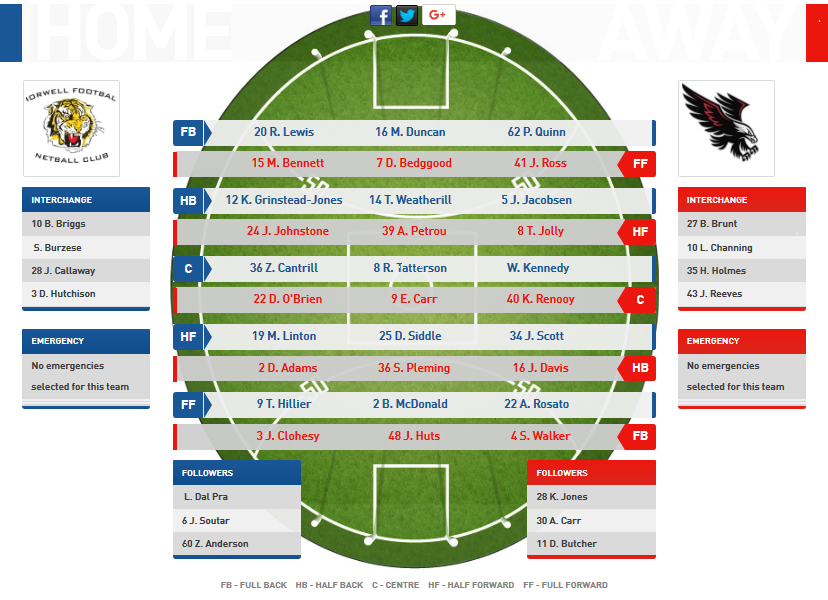 A decided mismatch is brewing between eighth-placed Morwell and ladder leaders Maffra in round 14 action this weekend.

The Eagles were characteristically unforgiving in their treatment of Wonthaggi before the bye and cantered to a 73-point win on the road.

The Tigers were out of the game against Sale by quarter-time on Saturday and weren’t able to claw back a 39-point deficit.

If round five’s result is anything to go by then Morwell will be up against it this weekend.

Maffra stacked on 14 goals to the Tigers’ three to run out 76-point victors. This weekend’s clash between Traralgon and Warragul will impact the makeup of the top five with the sides tied on seven wins apiece.

The Maroons have the edge in fifth spot with 18 percentage points propping them up after Saturday’s 39-point win over Wonthaggi.

Coach Mark Collison was pleased with the Maroons’ return to “our best football” after two weeks of “pretty disappointing” play before the split round.

However, Collison admitted his side would have to be on its toes ahead of Saturday’s rematch with the Gulls and flagged round five’s loss as a motivator.

“We need to make sure that we bring our best footy and that we can get the job done,” Collison said.

“We’ll prepare ourselves and head in with the same application we normally do and there’s no reason we can’t win.”

The Maroons were bolstered by the return of defender Adrian Slottje on Saturday who made a triumphant return in game 100 after a knee reconstruction sidelined him for 12 months.

Slottje slotted straight back into the line up and will be a handy inclusion for Traralgon in the run home and the post-season.

Collison said the current makeup of the side was “pretty good”.

“It’s a winning side and we don’t want to toy with it too much,” he said. 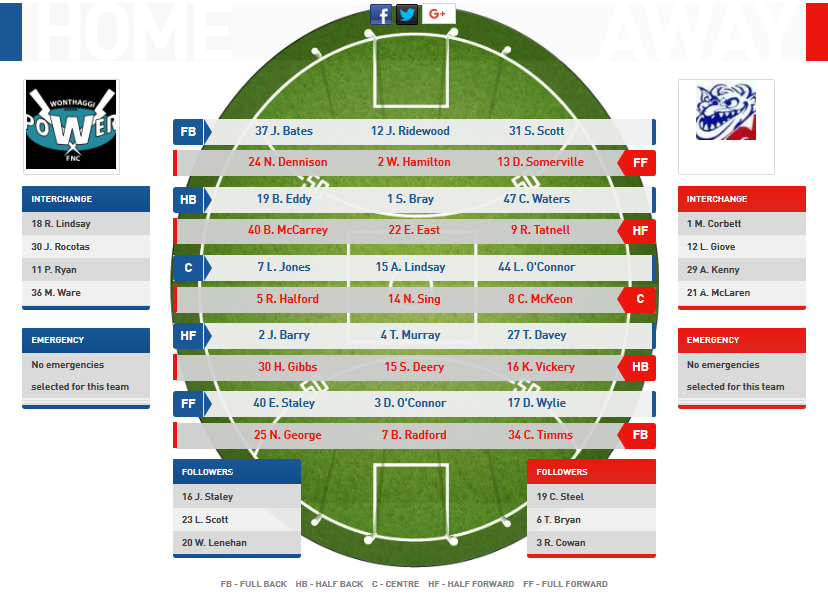 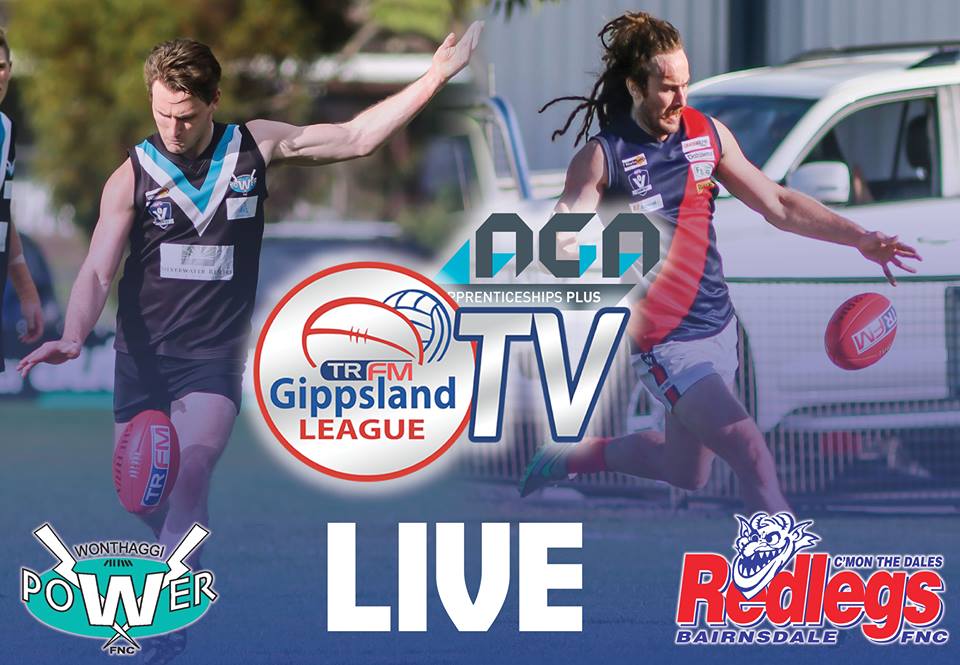 Wonthaggi will be out for redemption this weekend when they host Bairnsdale in a rematch of their round five clash.

The Redlegs were indomitable on home turf in round five and restricted the Power to just four goals on their way to a 71-point victory.

Finals are out of the equation for Bairnsdale and Wonthaggi, on four and two wins respectively, but premiership points this weekend will go a long way to restoring some faith in both camps for the run home. 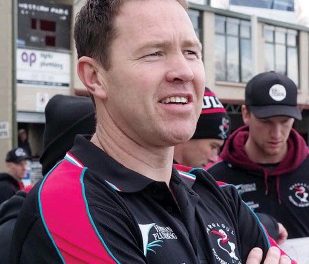