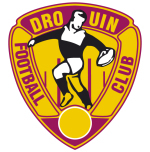 In a statement released on Facebook on the night of May 3rd, 2018, Drouin Football Club announced they would be withdrawing their Under 18’s team from competing for the remainder of the 2018 season. They cited the reason as being due to lack of numbers and confirmed that they would be loaning their players out to other clubs to those who wished it.

It is with the deepest regret that we announce the folding of our U 18’s team for 2018.

At a meeting of our U 18’s it was agreed that we cannot continue with the inadequate numbers that are available for selection.

To our players we sincerely apologise for the predicament we are in.

Some of the players have elected to be loaned out to other clubs for the rest of the season. To those players we wish you all the best and look forward to your return in the future.

Please remember that you are most welcome at the club at all times and invite you to call in whenever you wish.

If you are unable to train at your adopted club, at any time, you are welcome to train with our senior squad.