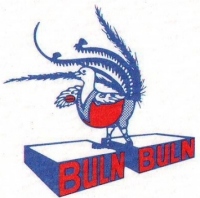 The Gippsland coaching merry-go-round has begun, with Buln Buln’s Matt Gray one of the first off the ride.

In somewhat of a surprise, Gray made the announcement that he would not be taking the reigns as coach for 2019 to his teammates ahead of his 150th senior game for Buln Buln last week.

It comes despite the young team taking some steps forward in recent seasons.

Becoming younger again this season, the Lyrebirds still remain a middle of the road side with high hopes for the future.

Gray remains committed to continue playing for the club.

Having played for more than 20 years, Gray played his junior football with Buln Buln and has played the majority of his career at the club, aside from a stint to test himself in the Gippsland League.

He will remain a handy player as Buln Buln’s young side looks for continued improvement.