Lindenow have now won three on the trot after their comfortable 43 point win over ladder leader Lakes Entrance.

After a literally even first term, the Cats pulled away to a 5 goal lead by half time and never looked back.

For Lakes, Gary Puruntatameri continued his good form this season with 3 goals and was named best for the Seagulls. Alex Saunders and Zachary Svetlik also were among the best.

In a game where both sides would’ve have fancied their chances, Paynesville came out on top with a 33 point win.

In what was a tight affair right up to 3/4 time, the Gulls overran their opponents in the final term kicking 6.3 to 2.2 to secure their second win for the season.

For Orbost-Snowy Rovers, Hamish Nettleton kicked 8 of his team’s 13 goals, while Cody Robertson and Mark McDonald battled hard throughout the day.

Paynesville had a handful of multiple goal kickers including Alex McLaren (5), Jack Haslam (4) and Jordan Farquhar (3). Haslam was named best-on-ground and was well supported by David Ashworth and Ben Murphy.

WY YUNG and Lucknow drew 7.7 (49) each, which clearly shows how close this season is.

The result drops Lucknow to fifth, and makes the battle for fourth even harder.

The third term was all Lucknow, which piled on three goals to challenge the Tigers.

Inaccurate kicking cost Wy Yung at the death, 1.3 to 3.1 showing which team had the momentum.

Wesley Russell was the stand-out for the Tigers, kicking four, and Josh Broome was named best-on-ground.

Will Siania was best for Lucknow.

BOISDALE-BRIAGOLONG broke into the East Gippsland football top four with a five-point win over rival Stratford.

The Swans threw everything they had at the Bombers, including Haydn Erfurth, whose seven-goal performance wasn’t enough as the home side won 16.14 (110) to 16.9 (105).

The match was held on Sunday under the WorkSafe Game of the Month banner, promoting workplace safety. Former AFL players Peter Knights and Angus Monfries and netball champion Eloise Southby were special guests.

The Bombers led from the beginning, fending off challenges in the second and final quarters with hard tackling and precise kicking.

Best-on-ground Billy Marshall took on players twice his size in the midfield, supplying the forward line very well, while stalwarts like Cal Egan and the Stubbe brothers kicked three goals apiece, as did Brendon Rathnow.

For Stratford, despite very competitive moments, a disappointing third quarter made life difficult — the Swans kicked two goals to 3.5.

Tall midfielders and ruckmen Regan Tait and Lochie Heywood found themselves in the right place at the right time to boot two goals each.

A strong comeback in the fourth couldn’t save the game for the Swans.

What a game! Briagolong gets the job done over Stratford by 5pts in today’s @WorkSafe_Vic Game of the Month. Well done to all! pic.twitter.com/1kSV6S6Qaj

Searching for a practice match? 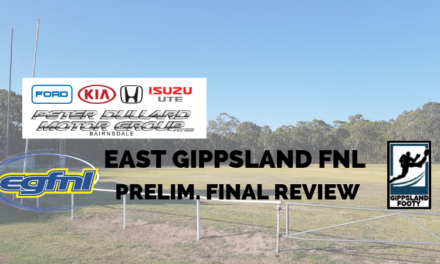 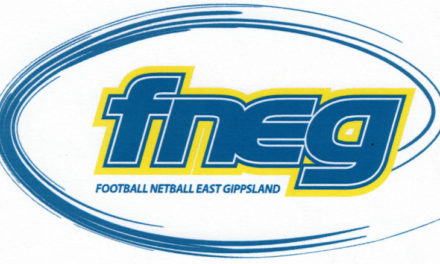